After watching Masaan for a second time last weekend, I realised, while discussing the film with a friend, that one of the big gaps in my cultural upbringing is the fact that I somehow missed seeing M.S.Sathyu's Garam Hawa, perhaps because I was too young when it was released (1974) and later, I was away from India for nearly two decades. A story in last weekend's edition of Hindustan Times informed me that the film was available on Youtube. So I promptly decided to to see it, and now realise why so many regard it to be one of the great films of Indian cinema. 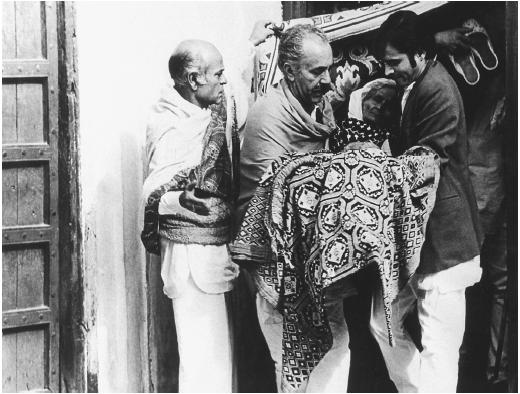 Appropriately, I finished watching it yesterday, August 14, just in between the anniversary of Pakistan's and India's Independence Day celebrations (in fact, the two days are actually the same when you consult the Indian Independence Act of 1947: Karachi's The Dawn had a fine piece the other day on the theme: http://www.dawn.com/news/1199235)

The film is altogether too chilling, too real for our bubbled lives of 2015. It begins with a scene whereby Salim Mirza (the immortal Balraj Sahni) has just bid goodbye to his elder sister, who has caught the one-way train to Pakistan. On the way to his factory, he remarks to the taanga-waallah:

("Such leafy, green trees are being felled by this wind these days!")

And the taanga-waallah responds with workmanlike gusto:

Every moment of the next two hours, the viewer is kept on the edge of the seat, as one tragic scene after another unfolds with premonitory perfection.

What a film! The movie breaks your heart​ again and again, and yet again​, but ends on a note of redemptive hope, howsoever meagre.​ It should be watched compulsorily, especially by our young people in schools and colleges:

This 2014 interview ​that Teesta Setalvad (who says she has seen the film 27 or 28 times!) does with MS Sathyu and Shama Zaidi, ​the film-maker/scriptwriter​,​ on the making and re-release of Garam Hawa (as Garm Hava) is worth watching too:

The cruel absurdity of Partition was understood even by the man invited to draw the line between the two birth-marked Sub-Continental twins. Cyril Radcliffe "never forgave himself. He was summoned to Delhi in 1947 — he was neither an administrator nor a cartographer, but only a lawyer, who had never set foot in India before — with the specific assignment of partitioning Punjab and Bengal on religious lines. He arrived on July 8 that year, and having done his job, left India the very day it attained Independence, burning all his papers and without collecting his fee, 40,000 rupees — so appalled he was by the killings." Over a million people were killed and at least 12 million were rendered homeless to serve the political ambitions of our wicked leaders. Gandhiji was virtually alone in his mourning.

There are farmers, both on the Indo-Pak and on the Indo-Bangladesh borders, whose home falls in one country and their fields in another. There are neighbours' adjoining courtyards through which the Radcliffe Line runs!:

Before we are Hindus and Muslims, we are human beings, equal in the eyes of the one and only Creator. Not only was this borne out once when a Hindu bigot had to unknowingly accept a Muslim man's blood for his bleeding child in hospital, there is also evidence aplenty in our traditions of art, literature, and music. Yesterday's edition of The Hindu had a splendid piece which reports the influence that the great Ustad Amir Khan has had on a very large number of musicians in succeeding generations, including on the likes of Vidushi Kishori Amonkar, and Pandit Ulhas Kashalkar:

If Indian and Pakistani leaders in 2015 have any courage left in their hearts whatsoever, they will never allow 1947 to repeat itself. Partition is the massive, unacknowledged gaping wound in our history. Even before it had begun to heal, more pogroms were launched, more wars fought. The pathology has only grown. The denial has become cancerous now. It shall prove truly fatal, unless the facts and passions are faced through mutual acknowledgement of very inconvenient truths. We urgently need memorials, museums, histories, films, literature, art, and, above all, a Truth and Reconciliation Commission, howsoever belated that may be.

One reason to study and acknowledge history collectively, in the public sphere, is to prevent it from repeating itself farcically, once communities have grown accustomed to the gravity of the original tragedy and have all but forgotten its spiritual, emotional, and physical impact when the bloodstains had not dried up.


Posted by Aseem Shrivastava at 08:06